Editor’s Note: Kevin Kuns, a physics concentrator in the Caltech Class of 2012, received the D. S. Kothari Prize in Physics for undergraduate research conducted at Caltech’s Institute for Quantum Information.  Now a graduate student at University of California at Santa Barbara, Kevin won an Outstanding Teaching Assistant Award there. Bursting with pride upon hearing from Kevin that his IQI experiences had contributed to his teaching success, we urged Kevin to tell his story. This took some arm twisting because of Kevin’s inherent modesty, especially when it became clear that Kevin had more to say than could comfortably fit into one blog post. But we persevered, and we’re glad we did! We hope you enjoy Kevin’s series of four posts, starting with this one.

This is the story of how—by ignoring what I was told to do and instead trying to reproduce the conditions that made me so excited about physics by trying to imitate key aspects of the people who inspired me—I won the Outstanding Teaching Assistant Award from the UCSB physics department at the end of my first year there as a grad student.1 Many of the things that inspired me to become a good teacher occurred while working at the IQI as an undergrad at Caltech, which I guess is what qualifies me to write this series of posts. Since my advice is to ignore what people tell you and to do what works for you, you should also ignore everything I say—except for the parts that work for you. While I’m certainly not a master, I hope the extensive scientific references, mainly found in the footnotes (especially in the later posts) and easily skipped by the laymen, will provide the more technically inclined readers of all levels with the resources to learn some exciting physics from the real masters. 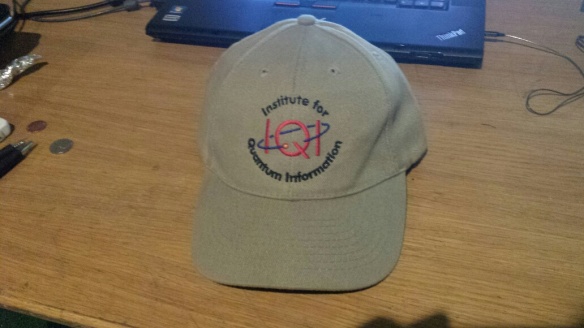 Figure 1.1: The only baseball cap I own. There was no “and Matter” when I was there, but I remember a lot of excitement about the upcoming addition of the “M” when John announced it at the very end of my time there.

I’ll start by recounting some of the things that excited me about physics to such a degree that I was then forced to spend a considerable amount of time learning more on my own. Then I’ll move on to how I learned from them as a TA.

While there are many people who have influenced my teaching style, the two biggest influences are Richard Feynman and John Preskill. Though I never got to know Feynman, I had the extreme good fortune of actually getting to talk with John somewhat frequently. I think I used the lessons I learned from Feynman, probably mostly absorbed subconsciously, effectively in my teaching, both in lecture and one-on-one with students in office hours, to become a competent TA. But I think I became a good TA when I decided to try to imitate John.

Since Feynman came first, I’ll start with him.

What I learned from Feynman

I’ve been interested in science for as long as I can remember, but I became laser focussed on physics when my parents bought me some of the audio to The Feynman Lectures on Physics for Christmas when I was in ninth grade. I couldn’t understand much of it at the time, especially without the pictures or equations to go along with the audio, but after (I think three times) listening to the lecture on the double slit experiment, I was able to piece together what was going on. I thought I must have misunderstood—maybe I guessed the geometry of the slits, the screen, and the electron gun incorrectly?—and listened to it several more times to figure out where I went wrong. But I hadn’t misunderstood: that’s how the world really works!2 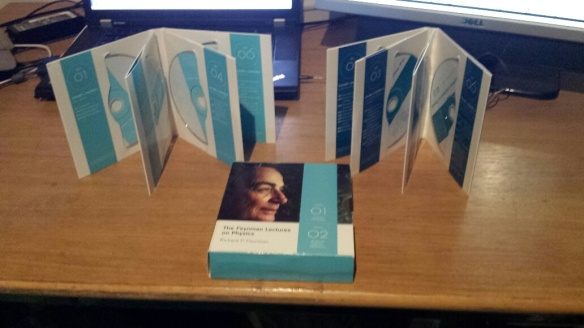 Figure 1.2: The best Christmas present I ever had: 12 of Feynman’s lectures on quantum mechanics. In hindsight, a more appropriate gift for a complete novice who’s never taken a physics class in his life would be the version of Six Easy Pieces that comes with the audio and which includes the double slit experiment as the last chapter.

I had to know more and had absolutely no patience in doing so. Within a year, and before having ever taken a physics class, I read QED: The Strange Theory of Light and Matter,3 then The Character of Physical Law,4 then Six Easy Pieces, then Six Not-So-Easy Pieces, then I got the full three volume set. I picked up the necessary math along the way and started branching away from only reading things that Feynman wrote5 and eventually read many of the classic textbooks you would use in an undergrad course on physics. But since Feynman was the initial source of my excitement about physics, I also read much of his non-technical stuff and learned a lot of lessons from that as well.

I think the most important non-technical lesson I learned was the importance of being able to explain things simply and clearly, but without lying or changing the essence of the phenomenon in anyway. Probably inspired by a line from Cargo Cult Science, “The first principle is that you must not fool yourself—and you are the easiest person to fool,” I have, beginning in high school, developed an internal check system to ensure that I really understand new things and am not fooling myself. Right now it works like this (I’m sure Feynman said similar things that caused me to do this, but I don’t remember where at the moment): First, I think about how I would explain something to one of my colleagues—a fellow grad student. Then I think about how I would explain it to an undergrad, then to a high school student studying physics, then to my parents or my little sister. The further down I get, the better I understand something; but if I can’t get all the way down, then I don’t really understand it. There are not many things that I really understand, but there are a few.

Going into teaching with this attitude was probably pretty helpful. In my opinion, learning from your students is one of the funnest parts of teaching. There are usually many ways to understand a concept and apply it to certain problems, and sometimes there’s “an obviously easier” approach or way of thinking that is useful in certain circumstances. But to get to the point where you’re “qualified” to be a teacher, you only had to understand things in whatever way worked for you. To be a competent teacher, on the other hand, requires you to understand every way one of your students could possibly understand it so that you can explain things in whatever way is best for each individual student. Maybe if a student doesn’t understand something, it’s really your fault for not explaining it well or for never really giving them the chance in the first place. If they can’t understand something, maybe that means that you don’t really understand it as well as you thought you did—and then you get to learn something too! In this vein, I think student mistakes can also be really fun ways for even you to understand things better because it forces you to really understand why they were wrong, which can sometimes be rather subtle. I would not be surprised if I learned more from my students’ mistakes and misconceptions than they learned from me.6

The most frustrating part of TA training for me was the implicit, and sometimes explicit, message that your students are idiots who need to have their hands held through everything. I’ve been guilty of ridiculing some particularly ignorant mistakes in private myself, but, at least for me, the real frustration was that the system allowed these mistakes to propagate so far and not with the students themselves—many of whom were really trying and just not getting the help they needed in the way they needed it. All the things that we were “trained to do” basically catered to the students struggling the most and left the most talented students to fend for themselves.7 I have absolutely no problem helping the students struggling the most; I think I demonstrated that with the patience I had in dealing with some very confused questions in office hours. Sometimes this required going back through years of accumulated misunderstandings to get to the real source of the problem, but I don’t think I ever became short or condescending to them. But a lot of the things we were told to do were, quite frankly, condescending. I believe that even confused students are not stupid and can quickly recognize when they are being talked down to. There’s a difference between simplifying—what people like Feynman and Preskill do with great skill—and dumbing down; never choose the later.8

Even though I ignored this silly advice right from the beginning, I still mostly covered the kinds of things I was supposed to even if it wasn’t necessarily in the way I was supposed to do it. I tried to add some more interesting material as side comments in recitation section or as tangents in the solution sets, but, ignoring my instincts, I still mostly just did what was already done in lecture or on the homework, in painful detail, again in recitation section as I was told to do. Unless you’re completely lost, this would be incredibly boring; and if you’re really that lost, it’s probably just better to go to office hours and get one-on-one help anyway. I wouldn’t have gone to my own early recitation sections if I was an undergrad; in fact, after going to a few as a new freshman and realizing what they’re traditionally about, I never went to another during my entire undergrad career.

In the next post, I’ll describe some memories of my time at the IQI, which, when I thought about them, caused me to give recitation sections that I would have gone to as an undergrad, and which some of the UCSB undergrads seemed to appreciate as well.

6 thoughts on “To become a good teacher, ignore everything you’re told and learn from the masters (part 1 of 4)”