Back in my last post, I closed with a problem (The Redeemer) from the International Math Olympiad of 1997. Unlike the problem I posted from 1981 (Elementary, my dear Watson), I was actually walking by the time I met The Redeemer. In fact, I was in Mar del Plata, a beautiful seaside beach resort in Argentina, participating in the 38th International Math Olympiad. The Redeemer was Problem 5. I remember clearly the moment I saw it. It looked so simple, so innocent: Find all pairs of positive integers

I had to solve it. But little did I know…

The redemption begins: The first thing you see is that

is a solution. You look at the equation for a bit longer and you start trying out other numbers. Like

). You are stuck. Because you know that even if you get lucky and you find another pair of numbers that works, you are just guessing! Who knows how many more pairs there are? 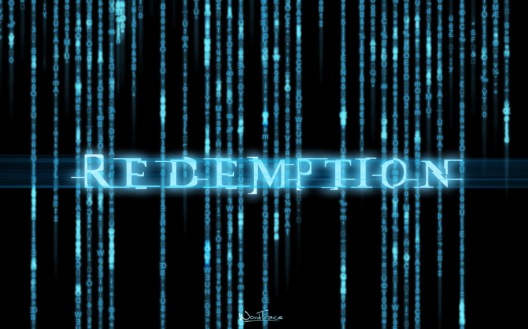 Because “Deliverance” sounds too dramatic.

And then something amazing happens: You realize that in order for two objects to be equal (and I mean any two objects in the multiverse, not just numbers in a math exam on July 25th, 1997), the components that make up the two objects must also be equal. So, what is a common component of two numbers? The one you learned about in high school is the greatest common divisor (gcd). What is

It is exactly what the name suggests: The largest whole number (integer) that divides both

have no common divisors.

be two different prime numbers. Then the divisors of

, while the divisors of

, the only common divisor of

Lemma 1: For any two numbers

The proof of the above statement is simpler than you think. But, let’s see an example first: Take

that is greater than 1. Guess what… you have a contradiction. Why? Because you have found a number greater than

. What is that number? It is

But wait, there is more!

are relatively prime numbers and

is a number greater than

Again, the proof is simple. Clearly

and it is a divisor of

(obviously, from the equation). But,

is also the largest divisor of itself, so

. This completes the proof, since

Back to solving The Redeemer…

. We can rewrite the equation

(after dividing both sides by

). Believe it or not, we have made amazing progress towards the solution already. Recall that

are relatively prime (by Lemma 1). If

be relatively prime numbers. Then, for any

This is so obvious that it is almost impossible to prove! But the whole point of mathematical reasoning is to break down concepts into self-evident elementary truths. And this is what we need to do here. So, we write the prime number decomposition of

– Hello Fundamental Theorem of Arithmetic. Thank you for the unique prime factorization of all numbers! (Can you see now why 1 is not allowed to be a prime number?) – OK, now what? Well, if

are relatively prime numbers, can any of the prime factors of

), be equal to a prime factor of

)? No! Otherwise, that prime would be a common divisor of

has no common factors with

either (the two numbers still have totally different prime factors; only the exponents changed). Tada!

To recap, we have the equation

and we are exploring the case

. But, it is time to get up and stretch our legs. You have already learned so much! Go ahead, I will be back with Part II next week. Redemption takes time.

2 thoughts on “Redemption: Part I”