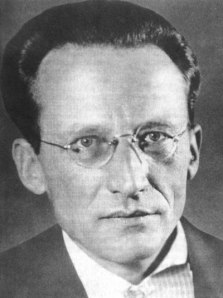 The group of physicists seriously engaged in studies of the “foundations” or “interpretation” of quantum theory is a small sliver of the broader physics community (perhaps a few hundred scientists among tens of thousands). Yet in my experience most scientists doing research in other areas of physics enjoy discussing foundational questions over coffee or beer.

The central question concerns quantum measurement. As often expressed, the axioms of quantum mechanics (see Sec. 2.1 of my notes here) distinguish two different ways for a quantum state to change. When the system is not being measured its state vector rotates continuously, as described by the Schrödinger equation. But when the system is measured its state “collapses” discontinuously. The Measurement Problem (or at least one version of it) is the challenge to explain why the mathematical description of measurement is different from the description of other physical processes.

My own views on such questions are rather unsophisticated and perhaps a bit muddled:

1) I know no good reason to disbelieve that all physical processes, including measurements, can be described by the Schrödinger equation.

2) But to describe measurement this way, we must include the observer as part of the evolving quantum system.

3) This formalism does not provide us observers with deterministic predictions for the outcomes of the measurements we perform. Therefore, we are forced to use probability theory to describe these outcomes.

4) Once we accept this role for probability (admittedly a big step), then the Born rule (the probability is proportional to the modulus squared of the wave function) follows from simple and elegant symmetry arguments. (These are described for example by Zurek – see also my class notes here. As a technical aside, what is special about the L2 norm is its rotational invariance, implying that the probability measure picks out no preferred basis in the Hilbert space.)

5) The “classical” world arises due to decoherence, that is, pervasive entanglement of an observed quantum system with its unobserved environment. Decoherence picks out a preferred basis in the Hilbert space, and this choice of basis is determined by properties of the Hamiltonian, in particular its spatial locality.

I like having it both ways — to view the overall evolution of system and observer as unitary, but still use probability theory for the purpose of describing the observer’s experience. The “collapse” of the state vector is really an update taking into account the observer’s knowledge; if we wished to we could instead describe the joint evolution of system and observer coherently without any discontinuous collapse.

If we insist on sticking with the coherent description at all times, we are forced to include in our description all the possible outcomes of all measurements along the way, which may seem extravagant. In practice, for the purpose of describing one observer’s experience, we don’t normally need to do that. Instead the observer updates her description as she learns more.

A related controversy concerns whether the quantum state is “ontic” (a mathematical description of physical reality) or “epistemic” (a description of what a particular observer knows about reality). I don’t really understand this question very well. Why can’t there be both a fundamental ontic state for the system and observer combined, and at the same time an (arguably less fundamental) epistemic state for the system alone which is continually updated in the light of the observer’s knowledge?

The viewpoint encapsulated by (1) – (5) is a version of what is sometimes called the Everett interpretation of quantum theory. It puzzles me somewhat that physicists I respect very much, who unlike me are serious devotees of quantum foundations (among them Carl Caves, Chris Fuchs, Adrian Kent, Tony Leggett, David Mermin, Rob Spekkens, … ), seem to find this viewpoint foolish, though perhaps I should not put words in their mouths. I admit it’s less precise than one might desire, and that one can feel a bit dizzy when thinking about a description of a physical system that includes oneself. I feel pretty comfortable with the Everett interpretation, though I try not to be dogmatic about it.

Anyway, I was inspired to post on this subject today due to a recent paper by Schlosshauer, Kofler, and Zeilinger, reporting the results of a poll taken at a quantum foundations conference in 2011. The poll probes the views of the conference participants regarding the interpretation of quantum theory. We should keep in mind that the physicists among the respondents (there were also philosophers and mathematicians) may be a highly biased sample of the general physics community; those attending a conference like this one are, of course, particularly passionate about foundational questions. A broader poll of physicists might have found rather different results. It’s a small sample as well (33 participants).

Overall I find the poll results rather hard to interpret, in part because many of the questions are deliberately ambiguous. But I was intrigued by the list, at the beginning of Sec. 4, of the statements supported by a majority of those surveyed:

I’m surprised to find I agree with every one of these statements! Perhaps I am less out of sync with the quantum foundations crowd than I had imagined. Or is that an illusion?

I’m not sure about the value of polls like this one. But they are kind of fun anyway.

57 thoughts on “A poll on the foundations of quantum theory”