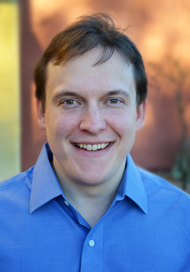 In May 1994, Artur Ekert visited Caltech to give a seminar about quantum cryptography. Near the end of the talk, Ekert revealed an exciting new development — just weeks earlier, Peter Shor had announced the discovery of an efficient quantum algorithm for finding the prime factors of large composite integers, a problem for which no efficient classical algorithm is known.

Perhaps I’ve embellished the memory over time, but I recall being awestruck by this news. I spent the next month at the Isaac Newton Institute attending a workshop about quantum black holes, and though it was a very good workshop and I had some great discussions, I spent most of my time there secretly trying to understand Shor’s paper, which Ekert had emailed to me. This took some effort, because I knew little about algorithms or computational complexity at that time (even less than I know now), but by the end of the workshop I felt I understood the ideas behind Shor’s algorithm pretty well. I did not yet realize that I was in the midst of a career transition from particle physics to quantum information science.

I had heard before about the idea of quantum computation, but had not been very interested. After Ekert’s disclosure I grasped why the subject is really exciting — with highly controllable quantum systems we should be able to perform surprising and useful tasks that would be impossible in a world governed by classical rather than quantum physics.

Quantum technology has advanced steadily in the 18 years since I heard Ekert’s seminar, but quantum computers that can factor large numbers by running Shor’s algorithm still seem far off. I think we’ll get there eventually, but perhaps it will take a few more decades. In a future post I may say more about why it’s taking so long. Today I would rather emphasize another way to exploit controllable quantum systems.

In parallel with the progress in building hardware for quantum computing, there have been marvelous achievements in controlling systems of ultracold atoms to explore collective phenomena in quantum many-body systems. Eventually, we should be able to use these tools to simulate quantum systems that are too hard to simulate classically, and so gain valuable insights into the behavior of highly correlated quantum matter. But when?

A recent paper by Martin Zwierlein’s group at MIT (arXiv version here) suggests that this may have already happened. They measure, as a function of temperature and chemical potential, the density of a gas of spin-1/2 fermionic Lithium 6 atoms with strong short-range interactions. They compare the measured equation of state to a calculation done using a method for summing perturbation theory (which I had not heard of before) called Bold Diagrammatic Monte Carlo (BDMC), finding excellent agreement. It’s not clear how to do so accurate a calculation using any other currently known technique.

The foundations of BDMC have not been firmly established, in particular because the method rests on unproven assumptions about the convergence of perturbation theory. By validating the method in their experiment, the authors seem to have extracted some nontrivial information about a strongly-coupled quantum many-body system which goes beyond what we know from existing analytic and computational methods. As they put it: “This presents the first — although long anticipated — compelling example of how ultracold atoms can guide new microscopic theories for strongly interacting quantum matter.”

In a recent talk, I proposed using the term “quantum supremacy” to describe super-classical tasks performed using controllable quantum systems. I’m not completely happy with this term, and would be glad if readers could suggest something better.

But more importantly: Is it reasonable to say that the Zwierlein group has achieved quantum supremacy?