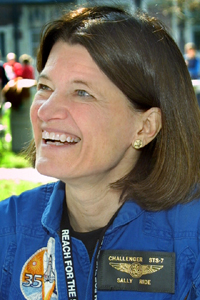 I’m really sad about the death of Sally Ride. Aside from all her other achievements, she devoted herself to getting kids, especially girls, excited about math, science and technology. She was 61.

On April 28, 1994 (yes, I really know the date … I keep records), Sally spoke at the Caltech physics colloquium about the future of the US Space Program, and in particular about the case for building the International Space Station. The talk was remarkably frank about how ill suited the Space Station would be for scientific research.

My daughter Carina was 8, and I took her to Caltech after school to meet Sally. Carina brought her copy of Sally’s book To Space and Back, which Sally signed, “To Carina, Reach for the Stars! – Sally Ride”

I had brought my camera, and asked Sally to pose with Carina. Only as I snapped the picture did I realize there was no film in the camera. (Yes, in those days cameras had film.)

Undaunted, Carina and I ran to the book store to get film while Sally chatted with Fred Zachariasen in his office. We were back in just a few minutes, breathless, and restaged the shot. Sally, remarkably gracious, acted like this was all perfectly normal.

Though I know the date of the colloquium, I don’t know where the picture is. Probably in a shoe box in my coat closet. If it had been digital, I would be able to find it.

Update 25 December 2012: I found the picture in one of those shoe boxes and scanned it; here it is: 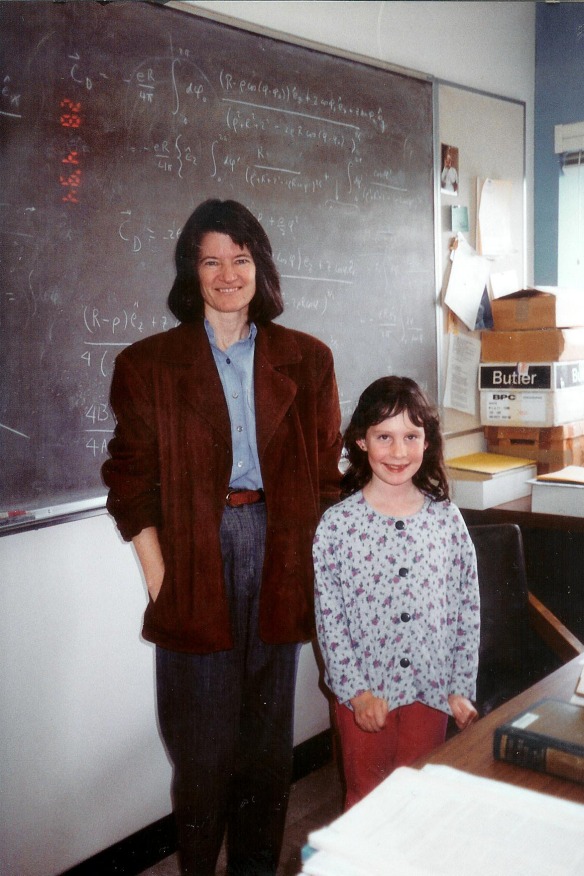