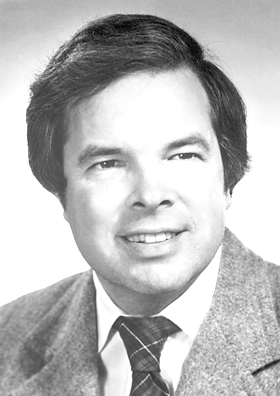 Ken Wilson passed away on June 15 at age 77. He changed how we think about physics.

Renormalization theory, first formulated systematically by Freeman Dyson in 1949, cured the flaws of quantum electrodynamics and turned it into a precise computational tool. But the subject seemed magical and mysterious. Many physicists, Dirac prominently among them, questioned whether renormalization rests on a sound foundation.

The renormalization group concept arose in an extraordinary paper by Gell-Mann and Low in 1954. It was embraced by Soviet physicists like Bogoliubov and Landau, and invoked by Landau to challenge the consistency of quantum electrodynamics. But it was an abstruse and inaccessible topic, as is well illustrated by the baffling discussion at the very end of the two-volume textbook by Bjorken and Drell.

Wilson changed that, too.

Ken Wilson turned renormalization upside down. Dyson and others had worried about the “ultraviolet divergences” occurring in Feynman diagrams. They introduced an artificial cutoff on integrations over the momenta of virtual particles, then tried to show that all the dependence on the cutoff can be eliminated by expressing the results of computations in terms of experimentally accessible quantities. It required great combinatoric agility to show this trick works in electrodynamics. In other theories, notably including general relativity, it doesn’t work.

Wilson adopted an alternative viewpoint. Take the short-distance cutoff seriously, he said, regarding it as part of the physical formulation of the field theory. Now ask what physics looks like at distances much larger than the cutoff. Wilson imagined letting the short-distance cutoff grow, while simultaneously adjusting the theory to preserve its low-energy predictions. This procedure sounds complicated, but Wilson discovered something wonderful — for the purpose of computing low-energy processes the theory becomes remarkably simple, completely characterized by just a few (renormalized) parameters. One recovers Dyson’s results plus much more, while also acquiring a rich and visually arresting physical picture of what is going on.

When I started graduate school in 1975, Wilson, not yet 40, was already a legend. Even Sidney Coleman, for me the paragon of razor sharp intellect, seemed to regard Wilson with awe. (They had been contemporaries at Caltech, both students of Murray Gell-Mann.) It enhanced the legend that Wilson had been notoriously slow to publish. He spent years pondering the foundations of quantum field theory before finally unleashing a torrent of revolutionary papers in the early 70s. Cornell had the wisdom to grant tenure despite Wilson’s unusually low productivity during the 60s.

As a student, I spent countless hours struggling through Wilson’s great papers, some of which were quite difficult. One introduced me to the operator product expansion, which became a workhorse of high-energy scattering theory and the foundation of conformal field theory. Another considered all the possible ways that renormalization group fixed points could control the high-energy behavior of the strong interactions. Conspicuously missing from the discussion was what turned out to be the correct idea — asymptotic freedom. Wilson had not overlooked this possibility; instead he “proved” it to be impossible. The proof contains a subtle error. Wilson analyzed charge renormalization invoking both Lorentz covariance and positivity of the Hilbert space metric, forgetting that gauge theories admit no gauge choice with both properties. Even Ken Wilson made mistakes.

Wilson also formulated the strong-coupling expansion of lattice gauge theory, and soon after pioneered the Euclidean Monte Carlo method for computing the quantitative non-perturbative predictions of quantum chromodynamics, which remains today an extremely active and successful program. But of the papers by Wilson I read while in graduate school, the most exciting by far was this one about the renormalization group. Toward the end of the paper Wilson discussed how to formulate the notion of the “continuum limit” of a field theory with a cutoff. Removing the short-distance cutoff is equivalent to taking the limit in which the correlation length (the inverse of the renormalized mass) is infinitely long compared to the cutoff — the continuum limit is a second-order phase transition. Wilson had finally found the right answer to the decades-old question, “What is quantum field theory?” And after reading his paper, I knew the answer, too! This Wilsonian viewpoint led to further deep insights mentioned in the paper, for example that an interacting self-coupled scalar field theory is unlikely to exist (i.e. have a continuum limit) in four spacetime dimensions.

Wilson’s mastery of quantum field theory led him to another crucial insight in the 1970s which has profoundly influenced physics in the decades since — he denigrated elementary scalar fields as unnatural. I learned about this powerful idea from an inspiring 1979 paper not by Wilson, but by Lenny Susskind. That paper includes a telltale acknowledgment: “I would like to thank K. Wilson for explaining the reasons why scalar fields require unnatural adjustments of bare constants.”

Susskind, channeling Wilson, clearly explains a glaring flaw in the standard model of particle physics — ensuring that the Higgs boson mass is much lighter than the Planck (i.e., cutoff) scale requires an exquisitely careful tuning of the theory’s bare parameters. Susskind proposed to banish the Higgs boson in favor of Technicolor, a new strong interaction responsible for breaking the electroweak gauge symmetry, an idea I found compelling at the time. Technicolor fell into disfavor because it turned out to be hard to build fully realistic models, but Wilson’s complaint about elementary scalars continued to drive the quest for new physics beyond the standard model, and in particular bolstered the hope that low-energy supersymmetry (which eases the fine tuning problem) will be discovered at the Large Hadron Collider. Both dark energy (another fine tuning problem) and the absence so far of new physics beyond the HIggs boson at the LHC are prompting some soul searching about whether naturalness is really a reliable criterion for evaluating success in physical theories. Could Wilson have steered us wrong?

Wilson’s great legacy is that we now regard nearly every quantum field theory as an effective field theory. We don’t demand or expect that the theory will continue working at arbitrarily short distances. At some stage it will break down and be replaced by a more fundamental description. This viewpoint is now so deeply ingrained in how we do physics that today’s students may be surprised to hear it was not always so. More than anyone else, we have Ken Wilson to thank for this indispensable wisdom. Few ideas have changed physics so much.