In elementary and middle school, I felt an affinity for the class three years above mine. Five of my peers had siblings in that year. I carpooled with a student in that class, which partnered with mine in holiday activities and Grandparents’ Day revues. Two students in that class stood out. They won academic-achievement awards, represented our school in science fairs and speech competitions, and enrolled in rigorous high-school programs.

Those students came to mind as I grew to know David Limmer. David is an assistant professor of chemistry at the University of California, Berkeley. He studies statistical mechanics far from equilibrium, using information theory. Though a theorist ardent about mathematics, he partners with experimentalists. He can pass as a physicist and keeps an eye on topics as far afield as black holes. According to his faculty page, I discovered while writing this article, he’s even three years older than I.

I met David in the final year of my PhD. I was looking ahead to postdocking, as his postdoc fellowship was fading into memory. The more we talked, the more I thought, I’d like to be like him. 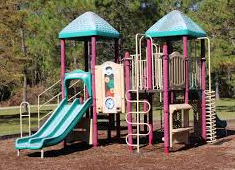 I had the good fortune to collaborate with David on a paper published by Physical Review A this spring (as an Editors’ Suggestion!). The project has featured in Quantum Frontiers as the inspiration for a rewriting of “I’m a little teapot.”

We studied a molecule prevalent across nature and technologies. Such molecules feature in your eyes, solar-fuel-storage devices, and more. The molecule has two clumps of atoms. One clump may rotate relative to the other if the molecule absorbs light. The rotation switches the molecule from a “closed” configuration to an “open” configuration.

I traffic in mathematical models, developed in quantum information theory, called resource theories. We use resource theories to calculate which states can transform into which in thermodynamics, as a dime can transform into ten pennies at a bank. David and I modeled his molecule in a resource theory, then bounded the molecule’s probability of switching from “closed” to “open.” I accidentally composed a theme song for the molecule; you can sing along with this post.

That post didn’t mention what David and I discovered about quantum clocks. But what better backdrop for a mental trip to elementary school or to three years into the future?

And check out David’s theory lab on Berkeley’s website and on Twitter. We all need older siblings to look up to.

1 thought on “A quantum walk down memory lane”