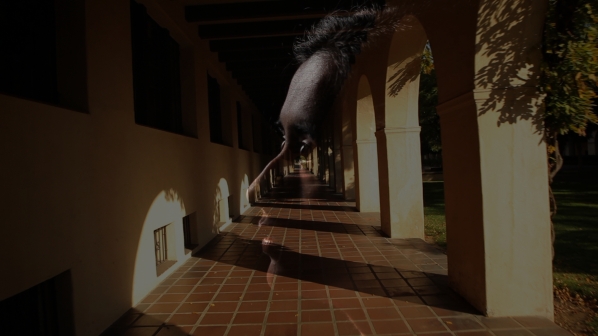 Following the IQIM teaser, which was made with the intent of creating a wider perspective of the scientist, to highlight the normalcy behind the perception of brilliance and to celebrate the common human struggles to achieve greatness, we decided to do individual vignettes of some of the characters you saw in the video.

We start with Debaleena Nandi, a grad student in Prof Jim Eisenstein’s lab, whose journey from Jadavpur University in West Bengal, India to the graduate school and research facility at the Indian institute of Science, Bangalore, to Caltech has seen many obstacles. We focus on the essentials of an environment needed to manifest the quest for “the truth” as Debaleena says. We start with her days as a child when her double-shift working father sat by her through the days and nights that she pursued her homework.

She highlights what she feels is the only way to growth; working on what is lacking, to develop that missing tool in your skill set, that asset that others might have by birth but you need to inspire by hard work.

Debaleena’s motto: to realize and face your shortcomings is the only way to achievement.

As we build Debaleena up, we also build up the identity of Caltech through its breathtaking architecture that oscillates from Spanish to Goth to modern. Both Debaleena and Caltech are revealed slowly, bit by bit.

This series is about dissecting high achievers, seeing the day to day steps, the bit by bit that adds up to the more often than not, overwhelming, impressive presence of Caltech’s science. We attempt to break it down in smaller vignettes that help us appreciate the amount of discipline, intent and passion that goes into making cutting edge researchers.

Presenting the emotional alongside the rational is something this series aspires to achieve. It honors and celebrates human limitations surrounding limitless boundaries, discoveries and possibilities.

Stay tuned for more vignettes in the IQIM Presents “My _______” Series.