My brother and I played the video game Sonic the Hedgehog on a Sega Dreamcast. The hero has spiky electric-blue fur and can run at the speed of sound.1 One of us, then the other, would battle monsters. Monster number one oozes onto a dark city street as an aquamarine puddle. The puddle spreads, then surges upward to form limbs and claws.2 The limbs splatter when Sonic attacks: Aqua globs rain onto the street. 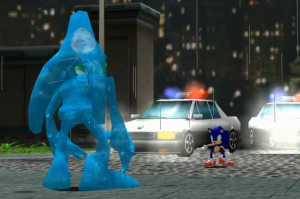 The monster’s master, Dr. Eggman, has ginger mustachios and a body redolent of his name. He scoffs as the heroes congratulate themselves.

“Fools!” he cries, the pauses in his speech heightening the drama. “[That monster is] CHAOS…the GOD…of DE-STRUC-TION!” His cackle could put a Disney villain to shame.

Dr. Eggman’s outburst comes to mind when anyone asks what topic I’m working on.

“Chaos! And the flow of time, quantum theory, and the loss of information.” 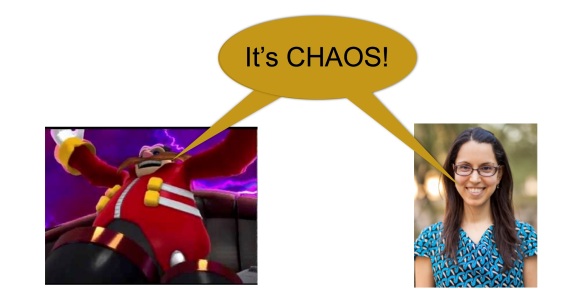 Alexei Kitaev, a Caltech physicist, hooked me on chaos. I TAed his spring-2016 course. The registrar calls the course Ph 219c: Quantum Computation. I call the course Topics that Interest Alexei Kitaev.

“What do you plan to cover?” I asked at the end of winter term.

Topological quantum computation, Alexei replied. How you simulate Hamiltonians with quantum circuits. Or maybe…well, he was thinking of discussing black holes, information, and chaos.

If I’d had a tail, it would have wagged.

“What would you say about black holes?” I asked.

I fwumped down on the couch in Alexei’s office, and Alexei walked to his whiteboard. Scientists first noticed chaos in classical systems. Consider a double pendulum—a pendulum that hangs from the bottom of a pendulum that hangs from, say, a clock face. Imagine pulling the bottom pendulum far to one side, then releasing. The double pendulum will swing, bend, and loop-the-loop like a trapeze artist. Imagine freezing the trapeze artist after an amount

What if you pulled another double pendulum a hair’s breadth less far? You could let the pendulum swing, wait for a time

can evolve as an exponential governed by a Lyapunov-type exponent:

encodes a hypothetical process that snakes back and forth through time. This snaking earned

Alexei illustrated, on his whiteboard, the sensitivity to initial conditions.

“In case you’re taking votes about what to cover this spring,” I said, “I vote for chaos.”

We covered chaos. A guest attended one lecture: Beni Yoshida, a former IQIM postdoc. Beni and colleagues had devised quantum error-correcting codes for black holes.3 Beni’s foray into black-hole physics had led him to

Alexei’s course ended. My research shifted to many-body localization (MBL), a quantum phenomenon that stymies the spread of information. OTOC talk burbled beyond my office door.

At the end of the summer, IQIM postdoc Yichen Huang posted on Facebook, “In the past week, five papers (one of which is ours) appeared . . . studying out-of-time-ordered correlators in many-body localized systems.”

I looked down at the MBL calculation I was performing. I looked at my computer screen. I set down my pencil.

I marched to John Preskill’s office. 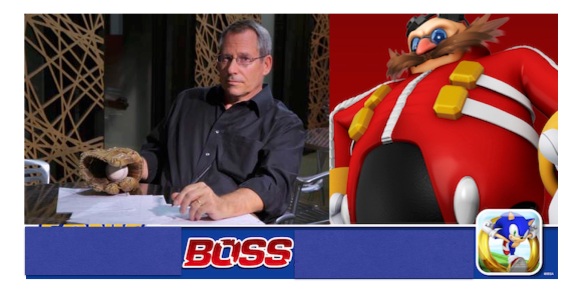 The bosses. Of different sorts, of course.

The OTOC kept flaring on my radar, I reported. Maybe the time had come for me to try contributing to the discussion. What might I contribute? What would be interesting?

We kicked around ideas.

Something clicked like the “power” button on a video-game console.

Fluctuation relations are equations derived in nonequilibrium statistical mechanics. They describe systems driven far from equilibrium, like a DNA strand whose ends you’ve yanked apart. Experimentalists use fluctuation theorems to infer a difficult-to-measure quantity, a difference

between free energies. Fluctuation relations imply the Second Law of Thermodynamics. The Second Law relates to the flow of time and the loss of information.

Time…loss of information…Fluctuation relations smelled like the OTOC. The two had to join together.

I spent the next four days sitting, writing, obsessed. I’d read a paper, three years earlier, that casts a fluctuation relation in terms of a correlator. I unearthed the paper and redid the proof. Could I deform the proof until the paper’s correlator became the out-of-time-ordered correlator?

Apparently. I presented my argument to my research group. John encouraged me to clarify a point: I’d defined a mathematical object

, a probability amplitude. Did

have physical significance? Could anyone measure it? I consulted measurement experts. One identified

The result is a fluctuation-like relation that contains the OTOC. The OTOC, the theorem reveals, is a combination of quasiprobabilities. Experimentalists can measure quasiprobabilities with weak measurements, gentle probings that barely disturb the probed system. The theorem suggests two experimental protocols for inferring the difficult-to-measure OTOC, just as fluctuation relations suggest protocols for inferring the difficult-to-measure

in terms of a characteristic function of a probability distribution, this relation casts

in terms of a characteristic function of a (summed) quasiprobability distribution. Quasiprobabilities reflect entanglement, as the OTOC does.

Collaborators and I are extending this work theoretically and experimentally. How does the quasiprobability look? How does it behave? What mathematical properties does it have? The OTOC is motivating questions not only about our quasiprobability, but also about quasiprobability and weak measurements. We’re pushing toward measuring the OTOC quasiprobability with superconducting qubits or cold atoms.

Chaos has evolved from an enemy to a curiosity, from a god of destruction to an inspiration. I no longer play the electric-blue hedgehog. But I remain electrified.

2Don’t ask me how the liquid’s surface tension rises enough to maintain the limbs’ shapes.